I’m often asked by book clubs for new ideas of what to read. So thought I would share my book club recommendation list with you. In considering what was important for a book club, I realized you need more than just an excellent book. Book clubs need stories where there are philosophical discussions and moral issues.

These are my recommendations based on the books I have reviewed in the last year. I have presented them in alphabetical order. Some of these books are by seasoned veteran authors, whose books you can find everywhere. A few are first time authors, who have e-published outstanding books and you can find them on Amazon or other e-Publishing sites. All of these books got 5 Star out of 5 star reviews.

1) “Crossing the Lion” by Cynthia Baxter 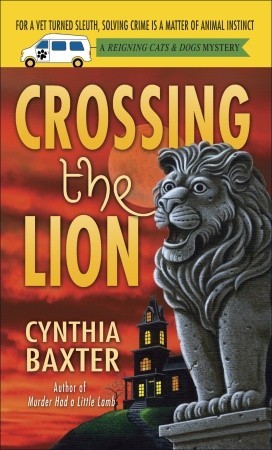 I normally read Cynthia Baxter’s books for all the animals. This one didn’t have animals, she is visiting a mansion on Solitude Island, where a business icon has died and his friends suspect murder. The ending has an interesting twist that will keep book clubs talking about morality. 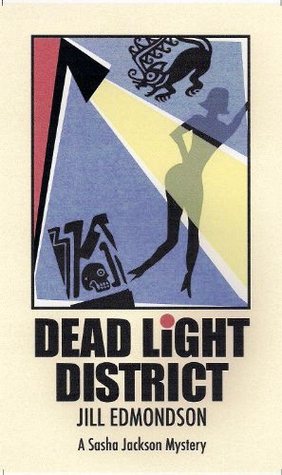 “Dead Light District” offers a fascinating glimpse at what happens when a beautiful young Mexican woman, Mary Carmen, promised a lucrative modeling contract in Canada becomes a slave and is forced into prostitution. What do you do when you are in Canada, illegally with your passport taken from you? How do you escape? Who will protect an “illegal”? There will be fascinating discussions about the role of prostitution in society and how far you can go in self-defense.

3) “Diamonds for the Dead” by Alan Orloff 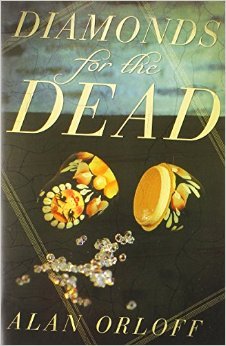 “Diamonds for the Dead” was nominated for an Agatha Award for best first novel. The story revolves around Josh Handelman, who comes home to bury his estranged father. Imagine being down on your luck, your wife having left you for your business partner and finding out that your thrifty father was actually extremely wealthy. Then think of your shock when you find out that he left the bulk of his estate to a Jewish Senior Home. The author provides book club questions.

“Drop by Drop” opens with Sam Rockman, a Stanford History Professor finding out his wife, Rachel, a financial wizard is pregnant. Then still ecstatic over the excitement of the news, Sam’s world is rocked as his wife is killed in a bomb blast at the San Francisco Airport, which also kills the President’s National Security Advisor. The news treats this bombing as the terrorist sequel to 9/11. There are many issues of how the U.S. deals with terrorism to debate. Both sides are well presented in the book.

5) “Due Diligence” by Michael A. Kahn

This is an excellent legal thriller. I found myself fascinated by some of the legal aspects of getting a drug to market. The drugs in question were based on two species of the Peloto plant found in Costa Rica. One of the species was found on the Pacific side of the Monteverde Cloud Forest and the other on the Caribbean side near Tortugero. At the core of the story is the age old question of when and in what cases, if any, does the end justify the means.

The main character in the book is Winston Patrick, a former Legal Aid Lawyer who has decided to become a teacher. He finds out his law class has a gay senior, Tim, who has been refused permission to bring his choice for a date to the graduation dance. If this was the extent of the book, it would have been solid – a parable of tolerance over intolerance. But that isn’t where the story ended. We start finding out more about Tim that isn’t as positive as the teen we originally see. Tim has some of the negative stereotypes associated with gay men.

7) “Monster of Florence” by Douglas Preston and Mario Spezi 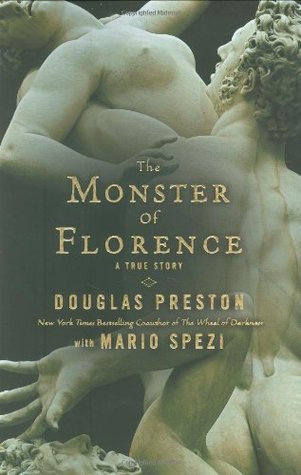 This true story begins when Douglas Preston, a mystery writer, moves his family to Florence, a city he loves, to write a fictional novel. He meets with Mario Spezi, a renowned journalist to learn more about the Italian legal system. After Mario shares with him the story of the monster that he has been covering for 25 years, Douglas and Mario decide to write a book about this crime and the legal proceedings surrounding it.

8) “Steal the Show” by Thomas Kaufman

In this story, Willis Gidney, a private eye, has been hired to find a gang that is pirating movies. Through this plot, we meet actors and actresses, the head of the motion picture industry lobby in Washington, code writing hackers and gangs. But the side story of the background of Willis Gidney and his desire to adopt a child is what makes the story powerful and what will keep the conversation going in book clubs.

9) “The Scent of Rain and Lightning” by Nancy Pickard 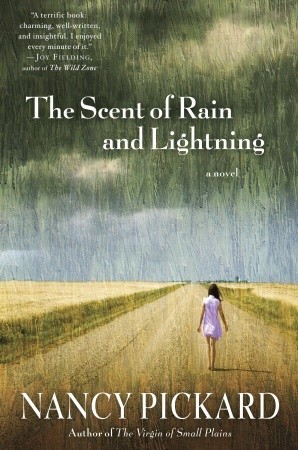 “The Scent of Rain and Lightning,” was the recipient of a 2010 Agatha Nomination for Best Novel. The story revolves around the Linders, a powerful and benevolent family of ranchers. As the story opens, Jody Linder, the 26 year old granddaughter is told by her three uncles that the Governor has commuted the sentence for the man that is in jail for killing her father and kidnapping and presumably killing her mother, as her mother’s body was never found. Book Club Questions are provided.

“Think Twice” is the story of good versus evil. Twins, separated at birth, Bennie grows up to be a successful lawyer and her identical twin, Alice, is a thief, a drug dealer and possibly a murderer. (See the video to the left by Lisa Scottoline about why this is a good choice for book clubs.)